Houston-based Overseas China Education Foundation (OCEF) celebrated its 20th's anniversary ceremony at Rice University on November 4th. The ceremony attracted more than 250 guests and volunteers around the world, with guests coming from as far as Hong Kong and Shanghai, China. In addition, representatives from the Chinese Consulate including Deputy Consul General, Mr. Zhang Chuanbing, delegates from US Representative Al Green and Texas Congress, and many other Houston community leaders attended the ceremony.

OCEF, a grass-root foundation, was founded in 1992, aiming to bring quality education for underprivileged kids in rural China. According to OCEF's President Ms. Qinghong Wei, the organization's entire U.S. operation is run by volunteers using their spare time. Started out by a few students, the Houston-based organization has since grown to an organization with thousands of volunteers and donors, establishing local chapters in New York, San Francisco, Chicago, and many other U.S. cities.

The ceremony started when the lights dimmed down in Rice Memorial Center, and audience's focus shifted to the video which demonstrated the changes the organization had brought to thousands of people in the past. The same smiles reappeared on these underprivileged kids' faces, even with financial and social challenges. The inspirational video touched everyone and brought some audience into tears. "Every child, no matter born poor or rich, urban or rural, has the right to get a good education and has the right to shape his/her own future", said Ms. Wei. Moved by OCEF's stories, Mr. Zhang Chuanbing, Deputy Consul General of the Chinese Consulate in Houston, committed to fully support this grass-root organization "in all measures" to its profound impacts.

Ms. Alice Chen, Top 25 Women of Houston Honoree and delegate to U.S. Representative Al Green, was inspired by the achievements of OCEF in helping Chinese kids, especially its education focus on girls. Ms. Chen said that she was confident that OCEF would be better and stronger in the years to come, because it was an organization "full of love". That is also the reason why U.S. Representative Mr. Green and Texas Congress recognized this organization in bridging U.S. and China by establishing cultural and eco-social integration in local communities.

The donor representative, Mr. Allen Xi, shared his experience on why he chose OCEF for his long-time dedication. He said that openness and communication in OCEF was truly admirable. "Unlike many other non-profit organizations, OCEF's operating expense was less than 4% of donations-received in 2011", according to Mr. Lance Li, President of OCEF Houston Chapter, and "it is not uncommon that many volunteers spent their own money to help organize local events".

At the post-ceremony photo exhibition, local Chinese community leaders were impressed by the long time love and support from thousands of OCEF volunteers and donors, and many not only donated on-site, but also expressed commitments in continuing supports for the great charitable cause for its profound impacts. Hundreds of photos, featuring eight aspects of OCEF's projects, allowed all attendees for a deeper glimpse into the lives of those whom they were helping. The $8000 donation received on-site was a small reflection of the love and support shown in Grand Hall. U.S. China Peoples Friendship Association representatives, for example, were eager to start collaborations with OCEF for a greater reach.

According to its website, OCEF has donated more than $2 million to 40,000 poor students and teachers in the past 20 years. Its programs and projects are varied. In addition to scholarship, sponsorship and training sessions, OCEF has also built more than 500 libraries, donated over 370,000 books, renovated dozens of dilapidated schools, and participated in many other special projects. OCEF has numerous creative and exciting fundraising events in Houston and seven other regional branches. In 2009, Facebook, Kellogg Foundation, Parade Magazine and Case Foundation had the national America's Giving Challenge, one of the largest competitions for grass-root non-profit organizations in the US. Among all 7,875 participating organizations, OCEF received the final Champion crown, sweeping the Most Donations and the Most Daily Champion Titles. Later the same year, OCEF was the only Houston-area recipient in receiving the first round Chase Community Giving grant presented by the Chase Foundation, the charitable arm of the Chase Bank. For more detail, please follow OCEF on Facebook or visit its website at www.OCEF.org/donation.

The 20th year anniversary celebration was a tremendous success. The organization is looking forward to hosting more events in the future, and OCEF would love to see new faces joining who are interested in making a difference in the lives of children in China. 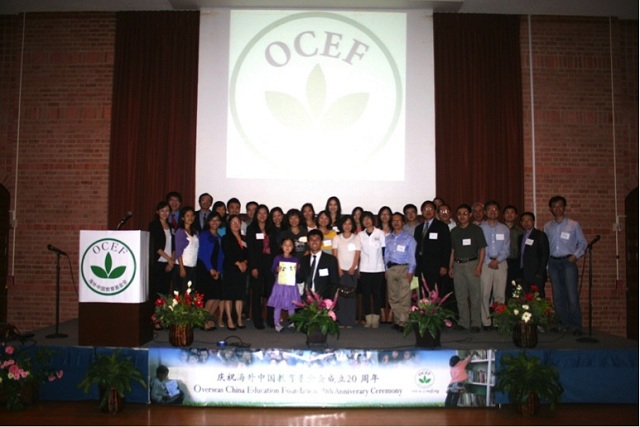 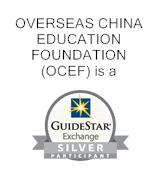